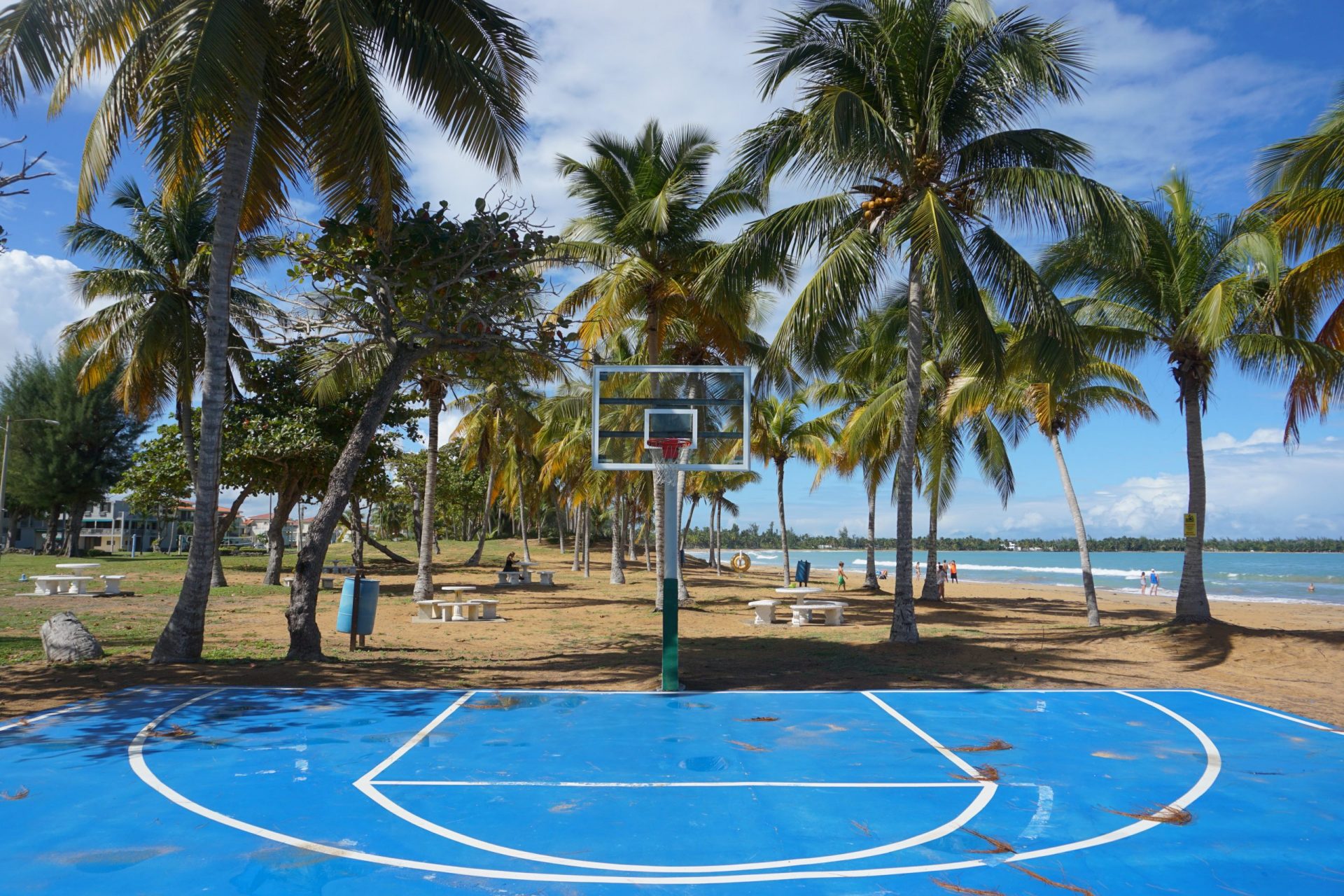 Best NBA Players Who Didn’t Go to a Big College

Whether it’s Duke, the University of North Carolina at Chapel Hill, the University of Kentucky, Kansas, Gonzaga, or a dozen other great basketball colleges, rising basketball players are attracted to these colleges and universities for their commitment to the sport, coaching legends, and the possibility of winning an NCAA men’s basketball championship.

However, not all players who end up in the NBA made their way via a top college program.  That is why, below, we are going to review the best NBA players who didn’t go to a big college before entering the NBA.  These players, while legends in the sport, either skipped college altogether or went to a smaller, less well-known college basketball program.

However, for these players, their commitment to the game, their intense exercise regimen, and their natural basketball abilities helped them to elevate past other players and stand-out in the NBA.

Kobe Bryant is perhaps one of the most well-known NBA players to enter the NBA without having gone to a big college.  In fact, for Bryant, he entered the league directly out of high school, opting to forgo a college career.  And while Bryant’s first couple of years in the league were definitely a time of learning, he would eventually cement himself as one of the all-time greats in the sport and would develop a mentality of the game unmatched by nearly any other professional player.

Sterling Brown currently plays for the Dallas Mavericks and played for Southern Methodist University (SMU) from 2013 to 2017.  Brown would be drafted by the Philadelphia 76ers as the 46th overall pick in the 2017 NBA Draft.  He earned second-team all-conference honors in the American Athletic Conference as a senior and currently averages 8.2 points-per-game.

Torrey Craig currently plays for the Indiana Pacers and played for the USC Upstate Spartans, in South Carolina.  The school currently competes in the Big South Conference and has been led by head coach Dave Dickerson.  However, since their move to Division I the team has yet to qualify for the NCAA Tournament.

Malachi Flynn currently plays for the Toronto Raptors, and he played college basketball for both the Washington State Cougars and the San Diego State Aztecs.  In high school, Flynn averaged an impressive 29.7 points, 6.0 rebounds, and 4.0 assists per game all while shooting 48% from the floor.  Flynn would be selected with the 29th pick in the 2020 NBA draft by the Toronto Raptors and would be the first San Diego player to be drafted to the league since Kawahi Leonard in 2011.

Javonte Green currently plays for the Chicago Bulls and played college basketball for the Radford Highlanders.  He entered the starting lineup for the Highlanders as a freshman and averaged 10.2 points, 6.7 rebounds, and 1.4 steals per game, being named to the Big South Conference’s All-Newcomer team.

Daulton Hommes currently plays for the New Orleans Pelicans and played college basketball for Point Loma Nazarene University, where he was named the NABC Division II National Player of the Year in the 2018-19 season.  Hommes would miss both his junior and senior seasons at Lynden Christian High School due to an Anterior cruciate ligament (ACL) injury and would sign with Western Washington as a walk-on.

However, he would transfer to Point Loma Nazarene following his 2017-18 season, where he would average 21.9 points and 5.8 rebounds per game.  Although he made himself eligible for the 2019 NBA Draft, he would go undrafted and would be signed by the Milwaukee Bucks as part of their 2019 NBA Summer League team.  On August 19, 2021, Hommes would sign a two-way contract with the New Orleans Pelicans.

Garrison Mathews currently plays for the Houston Rockets on a two-way contract with the Rio Grande Valley Vipers of the NBA G League and he played college basketball for the Lipscomb Bisons.  In 2019, Mathews was named the ASUN Conference Player of the Year.

In high school, at Franklin High School in Franklin, Tennessee, he played both basketball and football.  During his college years, at Lipscomb, he would set the school’s Division I era records in single-game scoring, career scoring, and three-pointers made.

Jay Scrubb currently plays for the Los Angeles Clippers on a two-way contract with the Agua Caliente Clippers of the NBA G League.  He played college basketball for John A. Logan Volunteers and was named the NABC NJCAA Division I Player of the Year as a sophomore.

Scrubb grew up in the west end of Louisville, Kentucky, in what his father would describe as, “a tougher part of town, which some would consider the hood.”  This difficult environment would have a negative effect on his academics, disallowing him from his high school’s basketball team as a freshman.

On April 11, 2018, Scrubb signed to play for the John A. Logan College, making his college premiere on November 1, 2018.  He would finish the season averaging 20.2 points, 8.9 rebounds, and 1.6 blocks per game.  In 2020, Scrubb would declare himself eligible for the NBA draft and would forgo his remaining college basketball eligibility.

On November 18, 2020, Scrubb was drafted by the Brooklyn Nets with the 55th overall pick and would be traded to the Los Angeles Clippers. 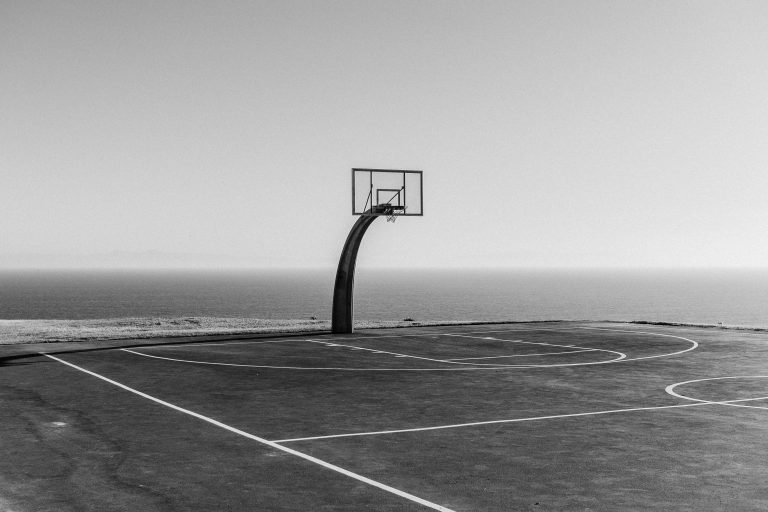 How to Call a Foul in a Pickup Basketball Game We’ve previously discussed the inherent differences between a regulation basketball game and a pickup one.  And while most of the basic rules remain the same between the two, there is one large difference between them.  And that is the fact that a pickup basketball game… 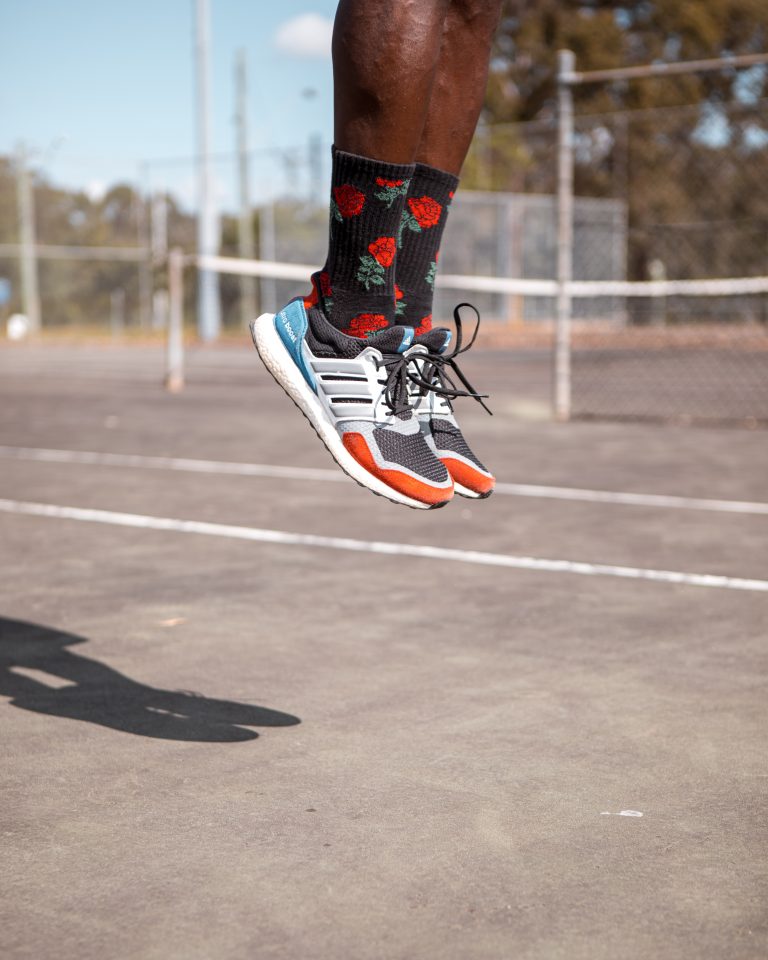 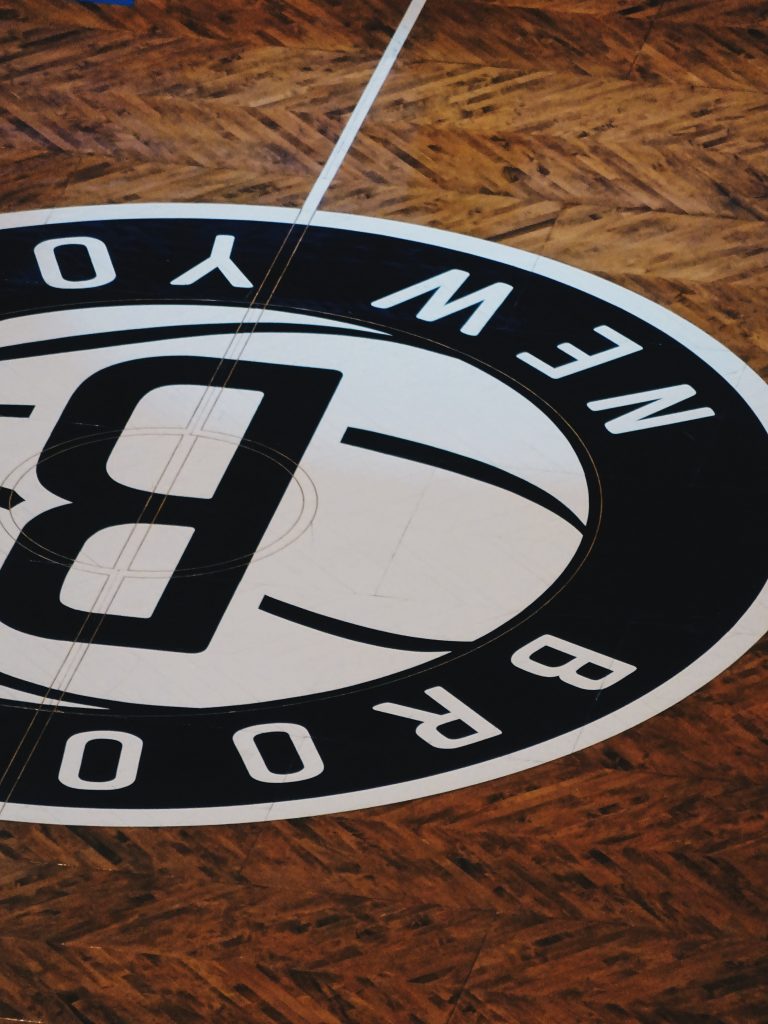 Why Did the New Jersey Nets Move to Brooklyn? Growing up in New Jersey as a kid,  I always had hometown pride in the New Jersey Nets.  Albeit them not being exactly the best team, they were still the only major basketball team to call New Jersey home.  And similarly, I had fond memories of… 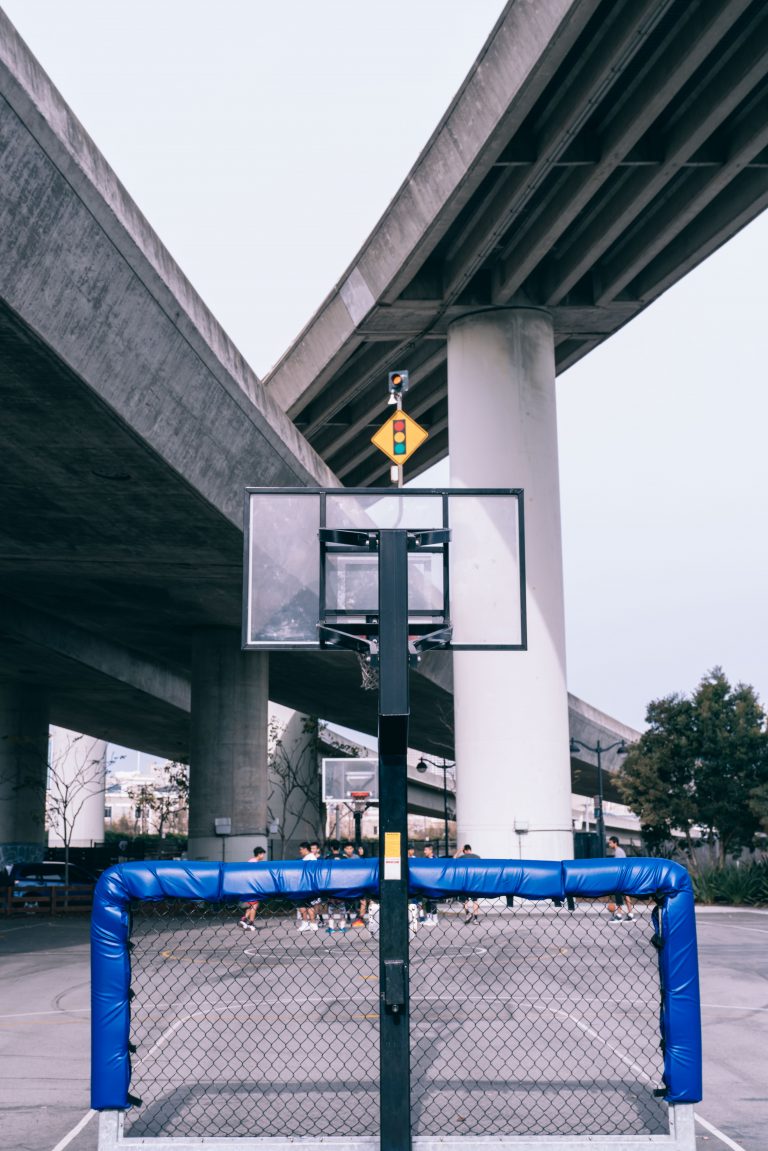 How to Get More Rebounds Per Game We’ve mentioned the importance of passing, of shooting, and of playing proper defense.  However, an often-overlooked skill that elevates great basketball players from the good ones, is their ability to properly and effectively secure a rebound. Below, we are going to discuss and help you learn how to… 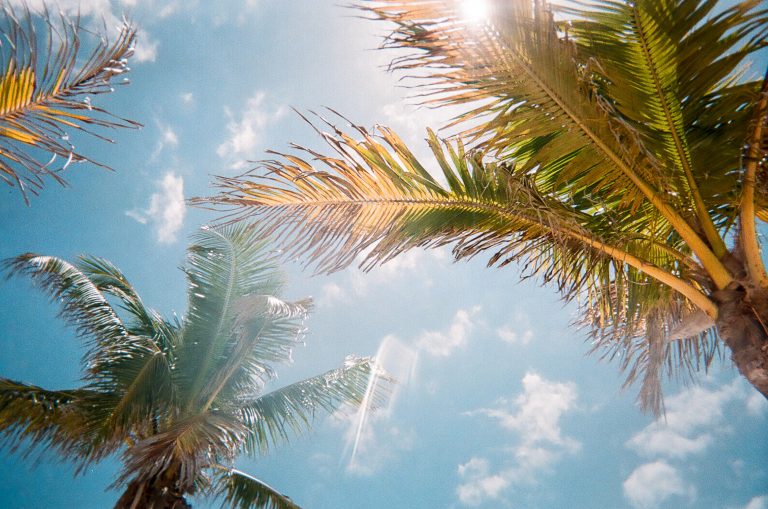 Top 5 NBA Players from Florida Florida may be known for its beaches, warm weather, and party scene, but it has its fair share of basketball talent.  Although basketball may not be the first thing we think about from Florida, the players we are going to list below as having been born and raised there… 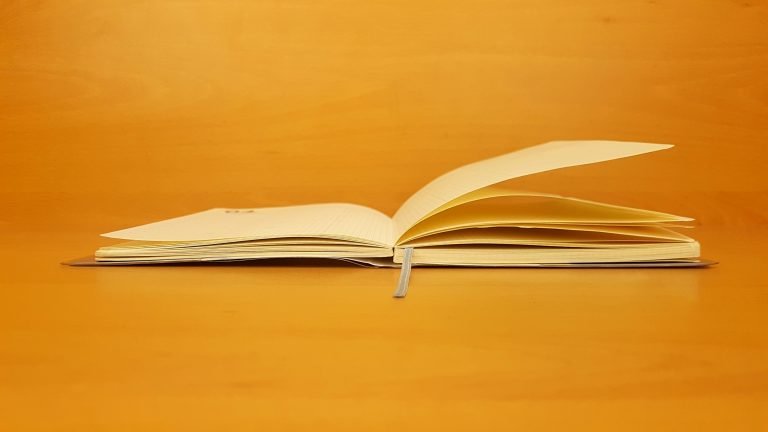 Best Books to Understand Basketball Basketball is one of the most popular sports in the world.  If you’re looking to get started at the game or just want to enjoy watching it on TV, then we’d definitely recommend the below best books to understand basketball.  These books will help you to get situated with the…

We use cookies on our website to give you the most relevant experience by remembering your preferences and repeat visits. By clicking “Accept”, you consent to the use of ALL the cookies.
Do not sell my personal information.
Cookie SettingsAccept
Manage consent

This website uses cookies to improve your experience while you navigate through the website. Out of these, the cookies that are categorized as necessary are stored on your browser as they are essential for the working of basic functionalities of the website. We also use third-party cookies that help us analyze and understand how you use this website. These cookies will be stored in your browser only with your consent. You also have the option to opt-out of these cookies. But opting out of some of these cookies may affect your browsing experience.
Necessary Always Enabled
Necessary cookies are absolutely essential for the website to function properly. These cookies ensure basic functionalities and security features of the website, anonymously.
Functional
Functional cookies help to perform certain functionalities like sharing the content of the website on social media platforms, collect feedbacks, and other third-party features.
Performance
Performance cookies are used to understand and analyze the key performance indexes of the website which helps in delivering a better user experience for the visitors.
Analytics
Analytical cookies are used to understand how visitors interact with the website. These cookies help provide information on metrics the number of visitors, bounce rate, traffic source, etc.
Advertisement
Advertisement cookies are used to provide visitors with relevant ads and marketing campaigns. These cookies track visitors across websites and collect information to provide customized ads.
Others
Other uncategorized cookies are those that are being analyzed and have not been classified into a category as yet.
SAVE & ACCEPT